Picture of stomach with fibroids 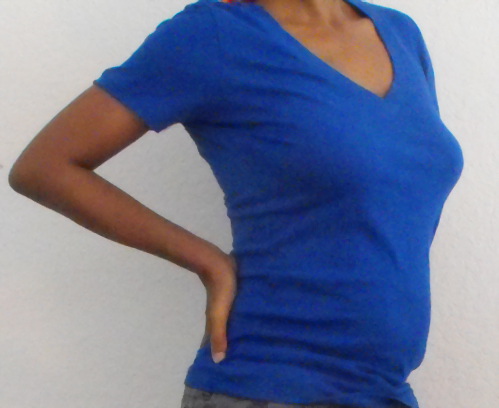 I don’t want to act like having fibroids is the worse thing possible because I know that there are many worse things than having to walk around looking like you’re pregnant or like you need to incorporate crunches and situps into your workout regimen when you are not pregnant and you’re not fat and out of shape.

Out of consideration for all the people in the world who are living with serious illnesses that threaten their lives, I’ll endeavor to avoid making out my situation to be some kind of major crisis. Yes, this is very real health problem that impacts on daily living in ways that undermine overall quality of life; but I’m not likely to die because of my fibroids. I’m sure it’s possible to die because of fibroids, but it’s highly unlikely.

That being said, having to walk around with lumps in my stomach that change the shape of my body to something that is considered not attractive is very unpleasant for me. Being someone who has always had a heightened level of image consciousness, it’s very difficult to live in this altered body that I have acquired due to uterine fibroids.

When I first found out I had them I didn’t hesitate to start making plans for a hysterectomy because there was no way I was going to live with a protruding stomach, but then I got scared when the doctor told me that, even though cases of women dying during hysterectomy surgery are rare, dying was a possibility. I decided to hold off and give things some thought and here I am several years later having lost the opportunity to get the hysterectomy. Vocational Rehab was going to cover the surgery then. Now I have no coverage options and I have no money so even if I wanted to get the hysterectomy, which I still don’t, I couldn’t get one.

I am sitting here right now with my shirt up over my stomach. Sometimes I get uncomfortable and I have to bare my stomach and sit back and just let it all hang out. It’s embarrassing to live with a big stomach that I can’t do anything about unless I get my uterus taken out or unless miraculously I find some natural remedy to try that completely dissolves the fibroids.

I’m not in the worse place that I’ve been with the fibroids; but I’m still fed up and frustrated.

How to use red clover for shrinking or dissolving fibroids