by Monica
in Fibroid Style & Fashion
0

I recently bought a couple of Bohemian style skirts on Amazon. On Sunday I actually ventured out of the apartment to take some photos wearing one of the skirts. I didn’t venture very far; but the fact that I was able to work up the courage to go outside and do something as conspicuous as posing for pictures in public is good. My husband took the outdoors pictures for me. Usually I just set up a tripod and photograph myself; but there’s no way I would have been able to do that in public.

Sunday turned out to be a pretty tolerable day for the most part. The day started with me waking up depressed at 2 AM; but by 6Am, after 4 hours of sitting and thinking and blogging here about my state of mind, I had managed to get to a point where I could get up and take active steps to do something about my immediate situation.  I set some goals for myself for the day and I was able to accomplish most of them. I had that “fibroid bath” I said I was off to take. I added some tea tree oil and various herbal extracts to the bath water. It was actually a very mentally and emotionally soothing bath. Even if it didn’t directly help with my fibroid problem, indirectly it did help by elevating my mood to where I wasn’t the least bit concerned with the size of  my stomach for most of the day.

Hiding a big belly with a scarf

Need to learn how to dress my big fibroid belly

Here are some of the pictures I took in my green Bohemian skirt dress over which I wore an orange shirt. 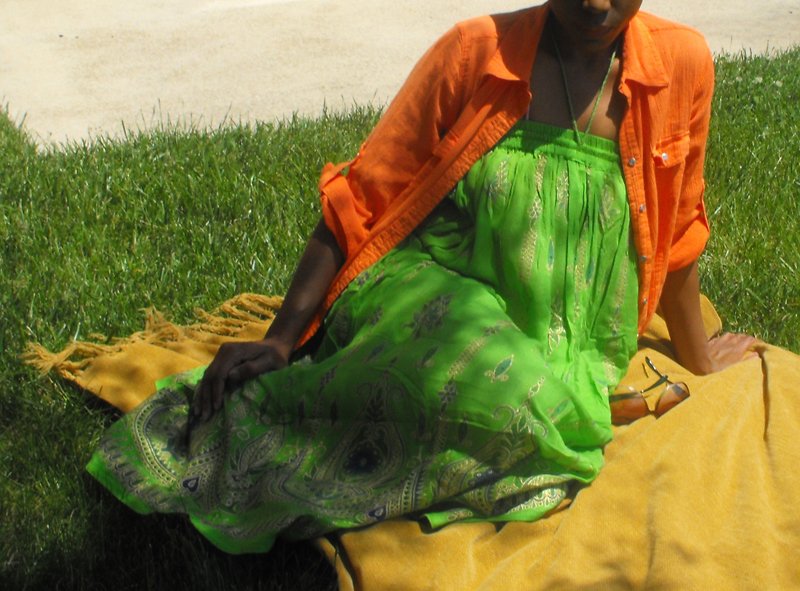 I’m sitting out on the grass outside my backdoor facing the lake that’s the highlight of the apartment complex. I was trying to look relaxed but wasn’t quite pulling it off. I’m never able to pose for pictures when someone else is taking the picture. It’s different when I’m working alone with my tripod and no one can see me trying to make faces to get a decent looking picture. Candid shots of me are usually unbearable for me to look at and have been since I was 12. I would tear myself out of the pictures in the family album. I could never bear to look at myself. 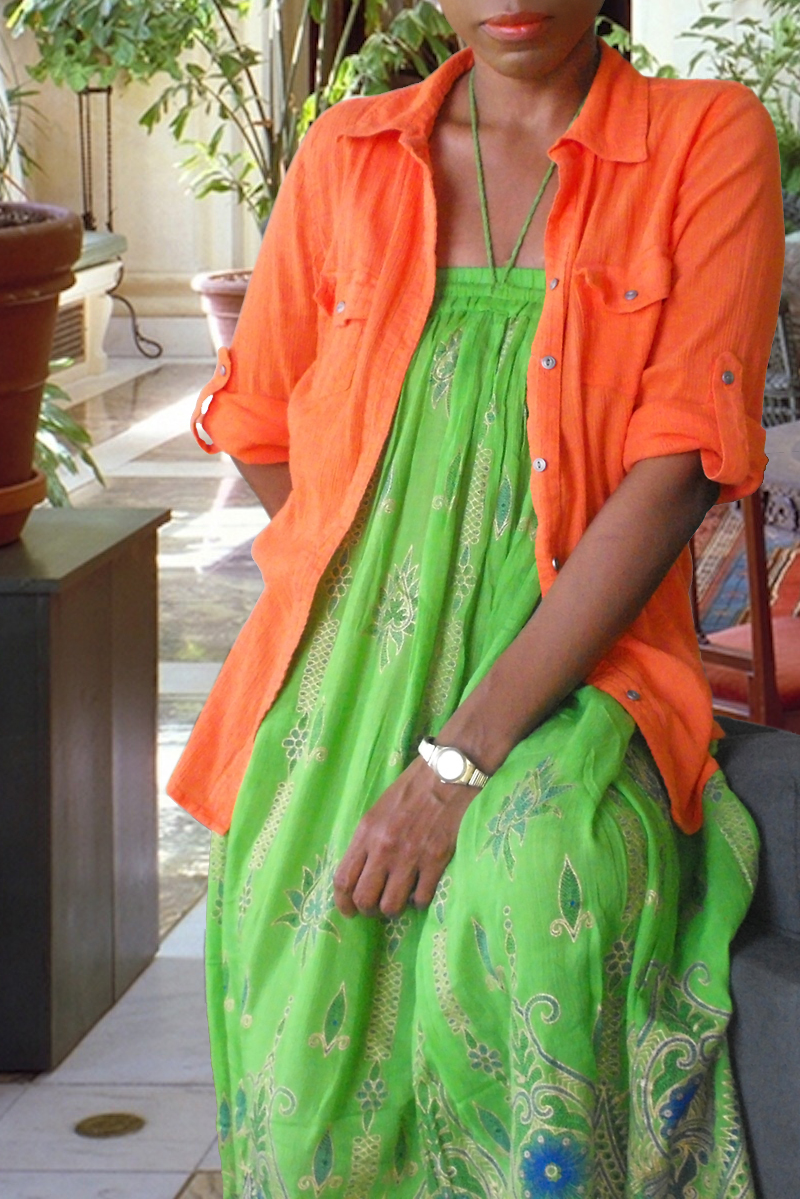 This was taken with my tripod after I came back inside and looked at the pictures my husband had taken. I thought taking pictures outside would eliminate the lighting problem I usually have when I’m fooling around and taking pictures for one purpose or another; but the lighting was still problematic and there were all these shadows; and I just wasn’t as relaxed as I needed to be so the photos weren’t as nice as I had hoped they would be. The indoor takeovers weren’t so great either. The background in the picture is of course not my real living room. Taking artistic license and having fun with photoshop. My living room just doesn’t have much going on. This is a picture of the interior of the George Eastman House (info). Dare to dream…

Today is actually Wednesday. I started this post since Sunday. Unfortunately I haven’t managed to sustain the energy from Sunday. There’s too much that’s not right in my life and it’s difficult to ignore some of the more glaring problems, like my unhappiness in my marital situation and my lack of ability to take care of myself financially.

But anyway, going back to Sunday, I did manage to bake that bread I said I was going to bake. It came out nicely all things considered. I messed up and ended up having to get help from my husband getting the dough not to be the icky pasty mess that resulted from having to add more water due to using the half cup measuring tool thinking it was the 1 cup measuring tool and putting too little water in during the first step. I was going to just dump the whole thing in the trash but he talked me out of it. I added more flour to the mixture and ended up having to knead the dough even though the box reads “No Knead Bread Mix”. I was sure the bread was going to come out with the consistency of a rock; but it turned out just fine. 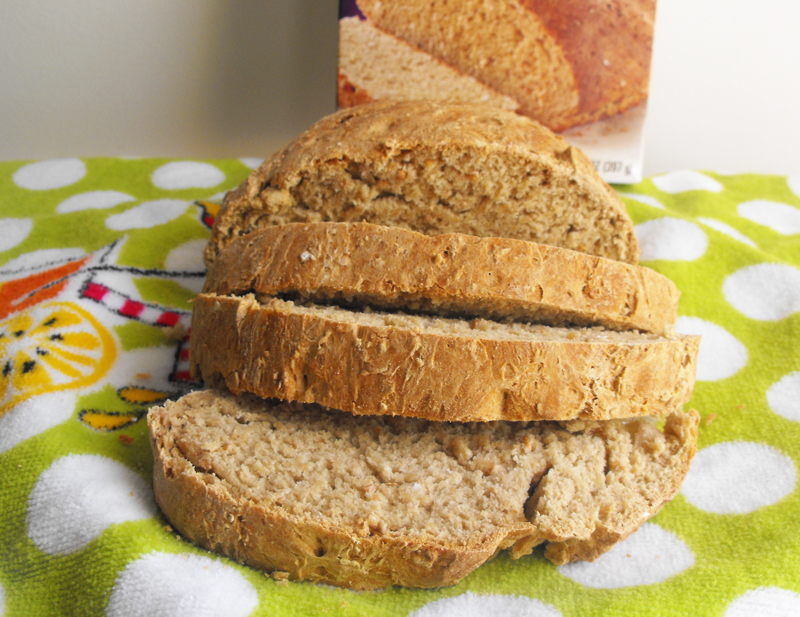 I think I’ll bake the other one on Saturday.

Off to take a Fibroid bath

Hiding a big belly with a scarf

Need to learn how to dress my big fibroid belly