So far today I am managing to resist the impulse to say screw it and take a hearty bite out of the first solid thing I can get my hands on. Even so, I am really struggling with this round of solids avoidance. I keep trying to convince myself of why it is a waste of time. I keep asking myself why I’m doing it.

But I have to acknowledge the major difference in how I’m already feeling physically after just 2 complete days and a nearly completed third day. And it’s not just about giving my digestive system a break. The impulse to quit and go eat the leftover rice and peas from the dinner I made for my son and husband yesterday only strikes when I start to feel my stress level rising. Eating because you’re stressed out and your anxiety is high is not a good habit. So I need to fight these impulses for that reason as well.

But seriously, it’s hard to avoid eating solid food, especially when you’re struggling mentally and emotionally, which has been the case for me for a few weeks. 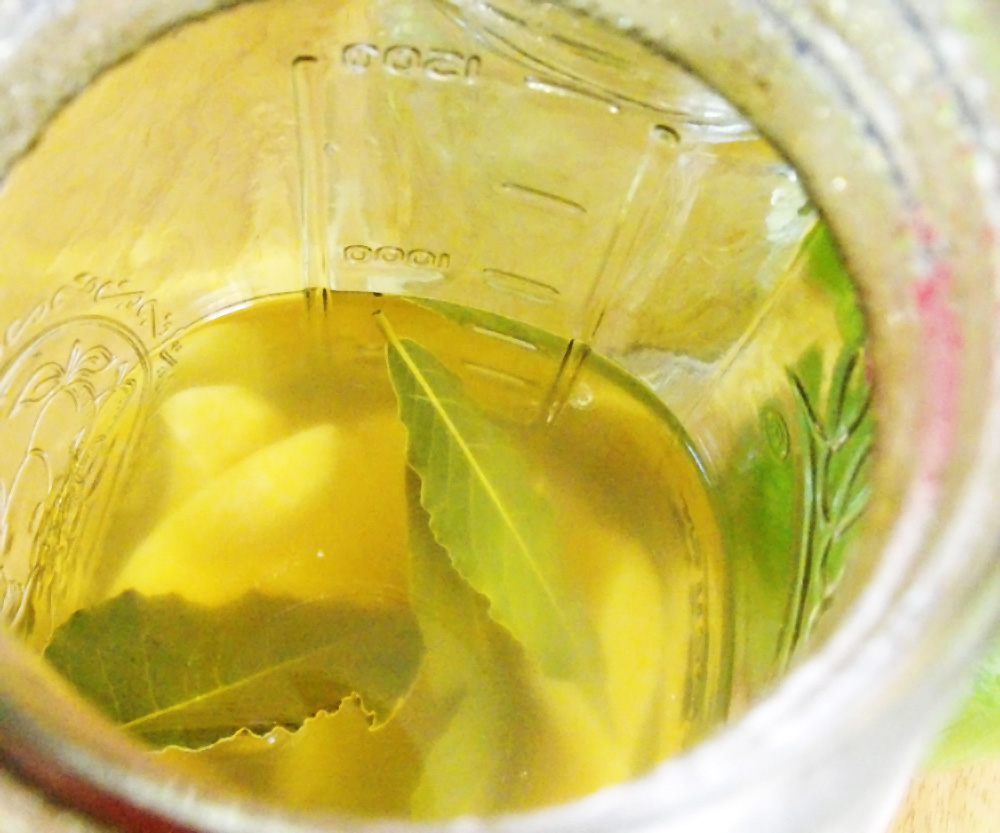 This was part of my breakfast today. It’s tea made by boiling fresh ginger and bay leaves with fresh pineapple pieces in a pot of water. Along with the tea I had water. I also had kale and spinach blended in a mix of almond milk and coconut milk. 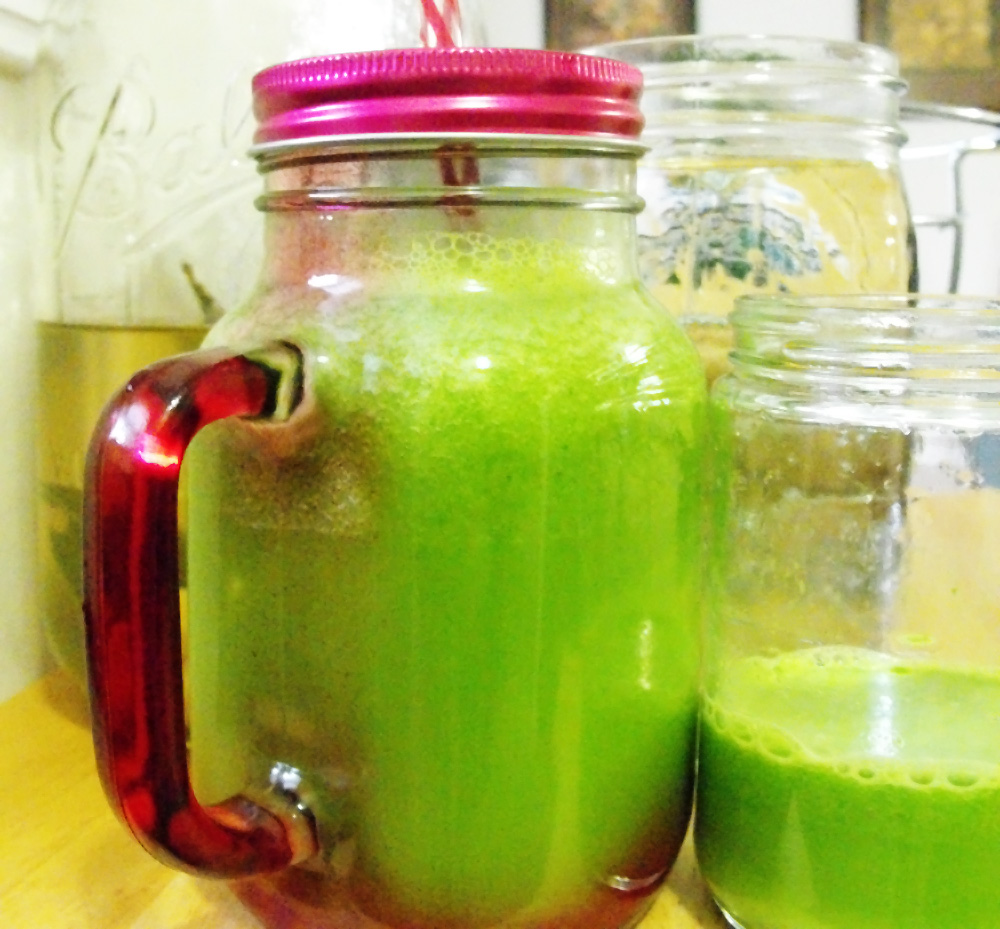 For lunch I had some blended kale and spinach soup which I prepared by cooking a clove of garlic in olive oil in a pan then combining the kale and spinach, cooking that for about 5 minutes, adding some water and salt then blending in the blender.

I prefer to eat food I can chew…

I’ve been doing no solid stints since 2012 and it hasn’t gotten easier to get through them. It seems to get harder to start them and more difficult to stick them out. I would love to get things under control to where I don’t have to keep doing this. And I feel like I’m close to figuring things out. I’m close to figuring out a diet that enables me to still have a life, even a fashionable life, while living with fibroids.

I don’t think the same things will work for everybody. I’ve spent the last 5 years trying everything I’ve come across that purports to be a method for shrinking fibroids. At the end of the day, what has consistently worked for me has been avoiding solid food for long enough stretches to give my stomach a chance to clear itself out. It hasn’t shrunken the fibroids, but it has significantly shrunken my stomach which makes it look as if the fibroids have been shrunken.

The part with which I’m still struggling is keeping things up after the solids avoidance. But this time around I think I’ve managed better than ever before. And I didn’t have to not eat to keep up the results.

I was eating solid food following the 30-day fast I completed back in February. I probably had more days on solids than off between April and May. And I was fine for most of that period. Because the only solids I was eating included kale in various forms (raw and seasoned, crisped in the oven), the chia seeds made into a pudding or blended with almonds in coconut or almond milk, almond nuts, occasional cashew nuts. I was also fine with an occasional bread-less cucumber avocado sandwich, plantain, salmon, cod fish, rice and beans. It’s only when I started adding back things like crackers and bread, a granola bar here and there that I started feeling like I was suffering a setback. So I think what I’m realizing is that, for me at any rate, flour-based products (gluten free or not) have to be completely eliminated from my diet. Or maybe not completely, but certainly they have to be treated like indulgences. Maybe twice per month I can have a treat day.