Completed Day 10 successfully yesterday. Today is day 11. Struggling so far today because I am out of things to eat to keep myself from getting hungry. So struggling with hunger at present which makes it harder to avoid eating solids.

Yesterday wasn’t terribly difficult. I don’t recall experiencing any temptation to eat solids. I was never hungry at any point in the day (that I can remember right now). I don’t think I did any blending yesterday.

Had to get up to make some blended soup for breakfast. Couldn’t handle the hunger and didn’t have anything else to use for food except for some vegetables. So I made a kale butternut squash soup. It’s probably a little early for soup but I couldn’t wait until noon to get something to eat. 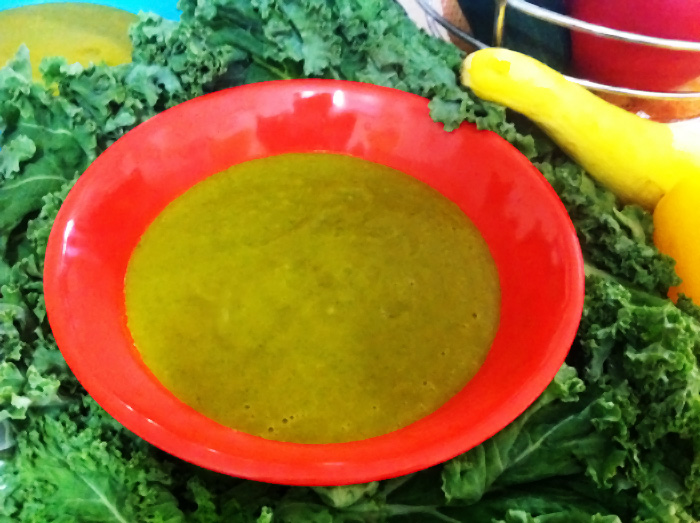 Hopefully that will keep me until one o’clock.

The soup looks like something you expel rather than something you ingest. But it was edible. I’ll try a blended yellow squash zucchini kale soup for lunch later.

For the most part things are going well. I still can’t imagine I’ll be able to make it to 30 days; but I’ve made it to 11 and that’s pretty good. I tried for months to get this second 30-day no solids project off to a start and I just couldn’t get it to stick for more than a couple of days. So to get to day 11 is more than pretty good.

My stomach continues to settle down from the pre-cycle bloating. It’s still noticeably large. People would still assume I’m pregnant. But I’m not particularly bothered by it at the moment. It’s not so large as to make me look nearly full term. Most of the time I can camouflage it.

Helathwise I am feeling pretty good. I feel strong. I’m still trying to keep up with my fitness. I’m stretching, doing yoga, meditating, getting cardio. I’ve eased up on the heavy weight pushing out of fear that I’ll injure myself again. I’ve restricted the weight stuff to doing some work with a 15 pound weight bar and a couple of 15 pound dumbbells. I think staying focused on diet and fitness has done a lot more to improve my situation than anything else I’ve tried.

I won’t presume to give advice to anyone; but I think if I had focused on removing certain foods from my diet starting back in 2009, and stuck it out to this point, I might today have as near to a flat stomach as is possible to have with large fibroids. That in combination with regular exercise gets my core stronger and healthier so that it has fewer things to battle. When I’m just eating whatever I want I create numerous other issues for my stomach to battle including severe gas problems that result in extreme bloating. That is when crazy things start happening like things getting pushed out of their allotted space and fibroids lodging right under my breast and making it difficult even to sit down.

I don’t know that I won’t fall off track again. Like I’ve written in previous posts I tend to make bad decisions with regard to food choices when I’m depressed or stressed or otherwise anxiety riddled. Usually there aren’t terribly unhealthy food choices around for me to eat. But sometimes my husband brings things into the house that aren’t healthy such as fried chicken, cake, pizza. I’ve been managing to avoid eating these things for the most part since last year. But it’s still a conscious and concerted effort. Eating strictly healthy foods has not quite yet become my new committed lifestyle.