My most recent no solids attempt ended near the end of Day 5. So it lasted 4.5 days. I’ve since had two days of eating solid food and now I am going to attempt another 2 or 3 days of avoiding solids. I’m thinking maybe it’s best to just let things run however they run and not set any specific goals. I am still finding though that I feel much better overall when I have gone a few days off of solid food. So if I can somehow work my way into a lifestyle where I eat solid foods only 2-3 days per week that would be preferable to just letting things run however they run.

On my no solids days I drink a lot of protein shakes, eat yogurt and blended soup. I am at a point of not worrying too much any more about the impact of certain foods on fibroids. At one point I was trying to avoid dairy but then it occurred to me that I’ve several times had success with getting my stomach to go down from it’s enlarged size and I wasn’t avoiding dairy or consciously avoiding any foods. Right now my stomach is still enlarged but I have seen obvious improvements after my most recent no solids stretch and I have been consuming dairy. So I am not going to worry about dairy right now.

I’m feeling pretty positive right now. I don’t expect to struggle too much with avoiding solids today but who knows? As the day goes along my moods will rise and fall and I’ll be tested then.

As far as the blended cabbage mushroom soup goes, I made a pot of it during my most recent no solids stint. I boiled up some cabbage, one-third of a potato and some fresh mushrooms in a pot of water with some parsley, olive oil, salt and sage. After the vegetables softened enough to be blended I transferred the mixture to the blender and blended it using the liquify button, adding a bit more parsley and sage and a piece of avocado. It wasn’t the most delicious thing I have ever consumed but it was palatable enough. 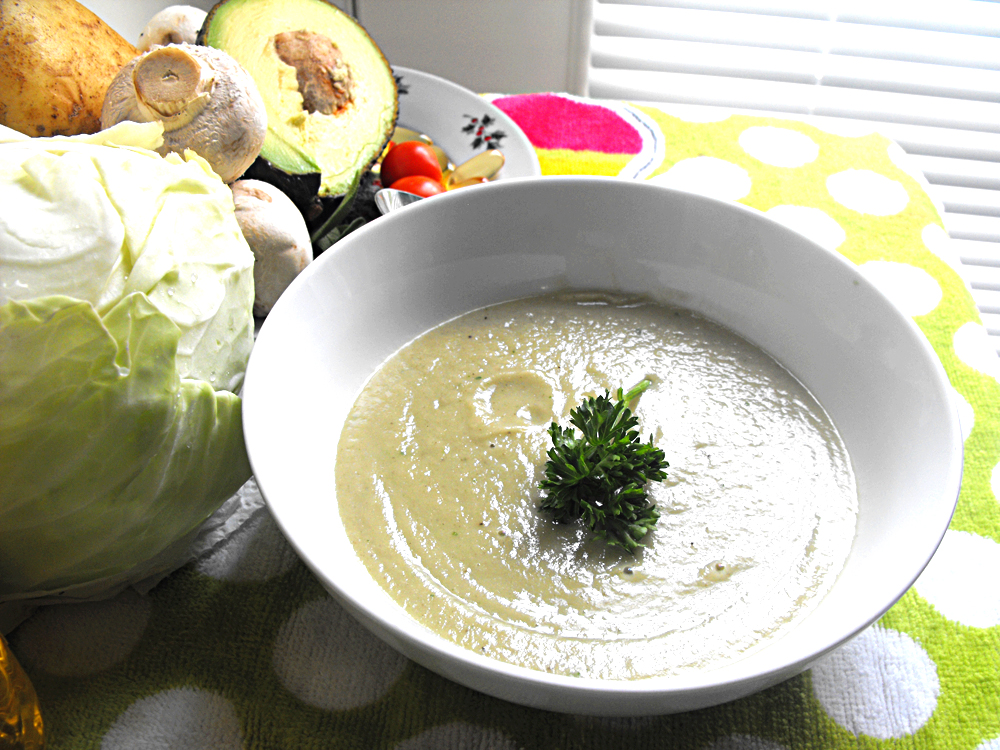 Hopefully next time I make it I will have a better selection of seasonings. At least it wasn’t like the spinach broccoli and cauliflower soup I made the previous week. That was so bad that most of it got pored down the drain.