So today I decided to do a little baking experiment. I’ve been revamping Fibroid Life for a few days now and still in the process. I came across a post I wrote back in August 2012 (How exactly do you make raw chocolate cake and does it look or taste like cake?). I needed a picture for the post. My first thought was that I should try to make a raw chocolate cake; so I went to the Live Superfoods website to find the Cacao Brownie Cake Mix with Sprouted Super Flour that was referenced in the post. I quickly realized I would not be able to afford the mix. Maybe if it was a 32 oz package I would have gone ahead and bought it; but ten dollars for a 16 ounce bag of cake mix? That’s a bit steep for me right now. So I figured I would try to make some fibroid friendly gluten free brownies instead. By fibroid friendly I simply mean I am using ingredients that , as far as I know, will not feed your fibroids and make them grow.

Let’s start at the end

This is what my finished brownies look like. Also the above photo is a picture of the same brownies. 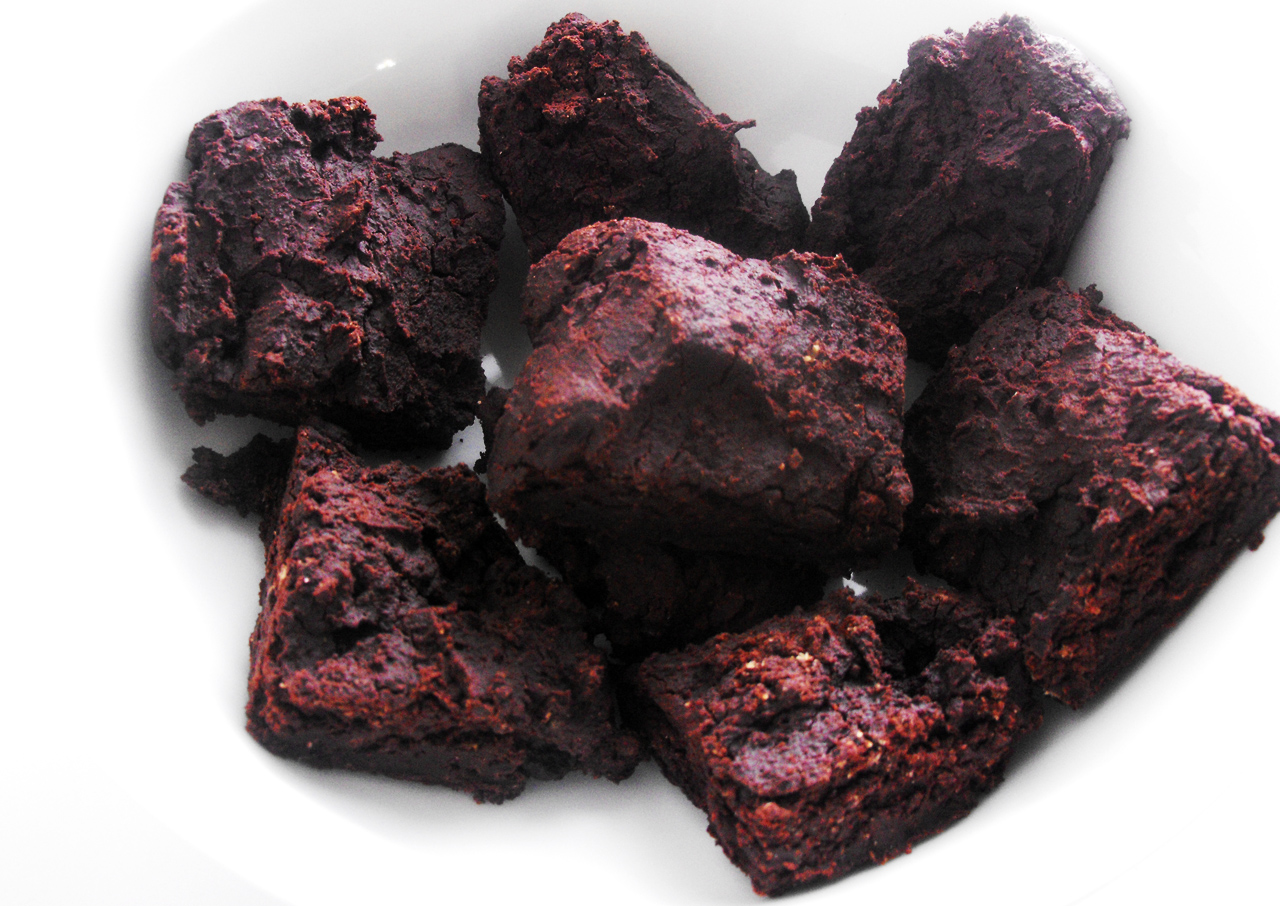 I’ve had to overcompensate with the photo touch-up because the picture didn’t come out very clear. But these are my brownies that I made today out of Hershey’s cocoa, gluten free flour, and maca powder, peanut butter and almond milk with a few spices thrown in.

Unfortunately they weren’t particularly good. At least according to my taste tester. I didn’t actually taste them myself because I am Day 12 into a fast right now. But this is what my taste tester said about my fibroid friendly gluten free brownies.

I won’t bother sharing my recipe since this first try was a failed experiment. After my fast ends I’ll try again. In the meantime here are some of the pictures I took as I went along.

Mixing the cocoa with Splenda 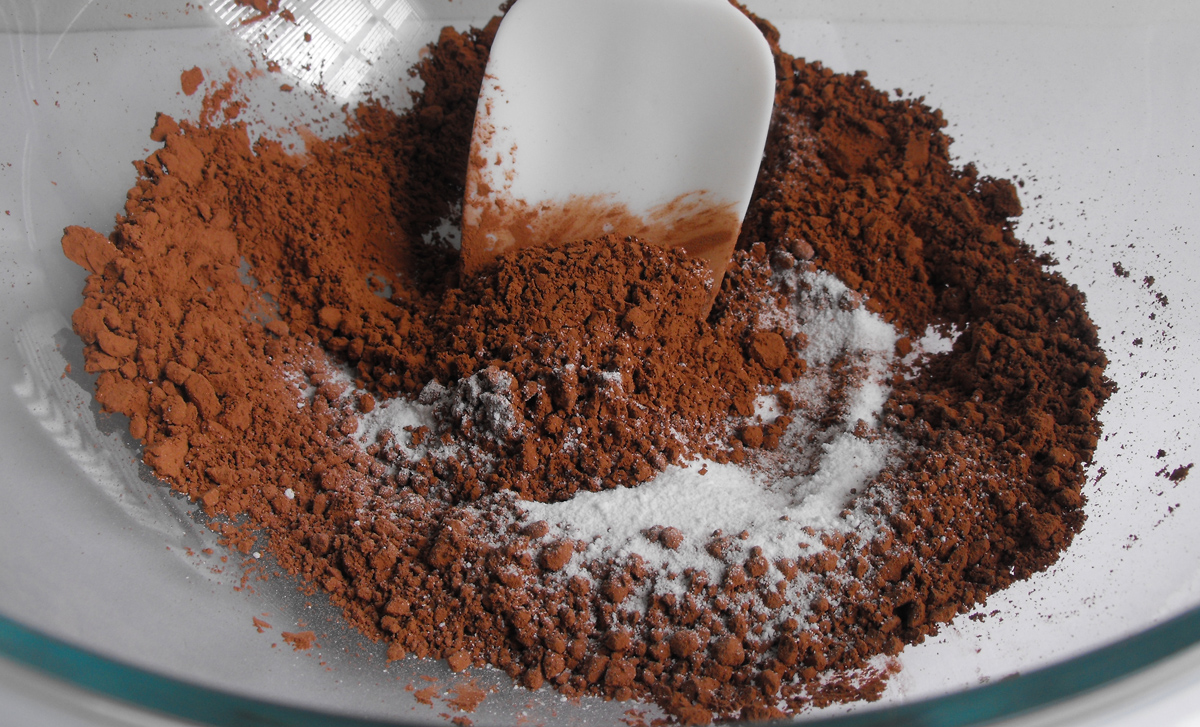 I’m not sure if Splenda is considered good or bad to use when you have fibroids. I’ll have to do some research on that. 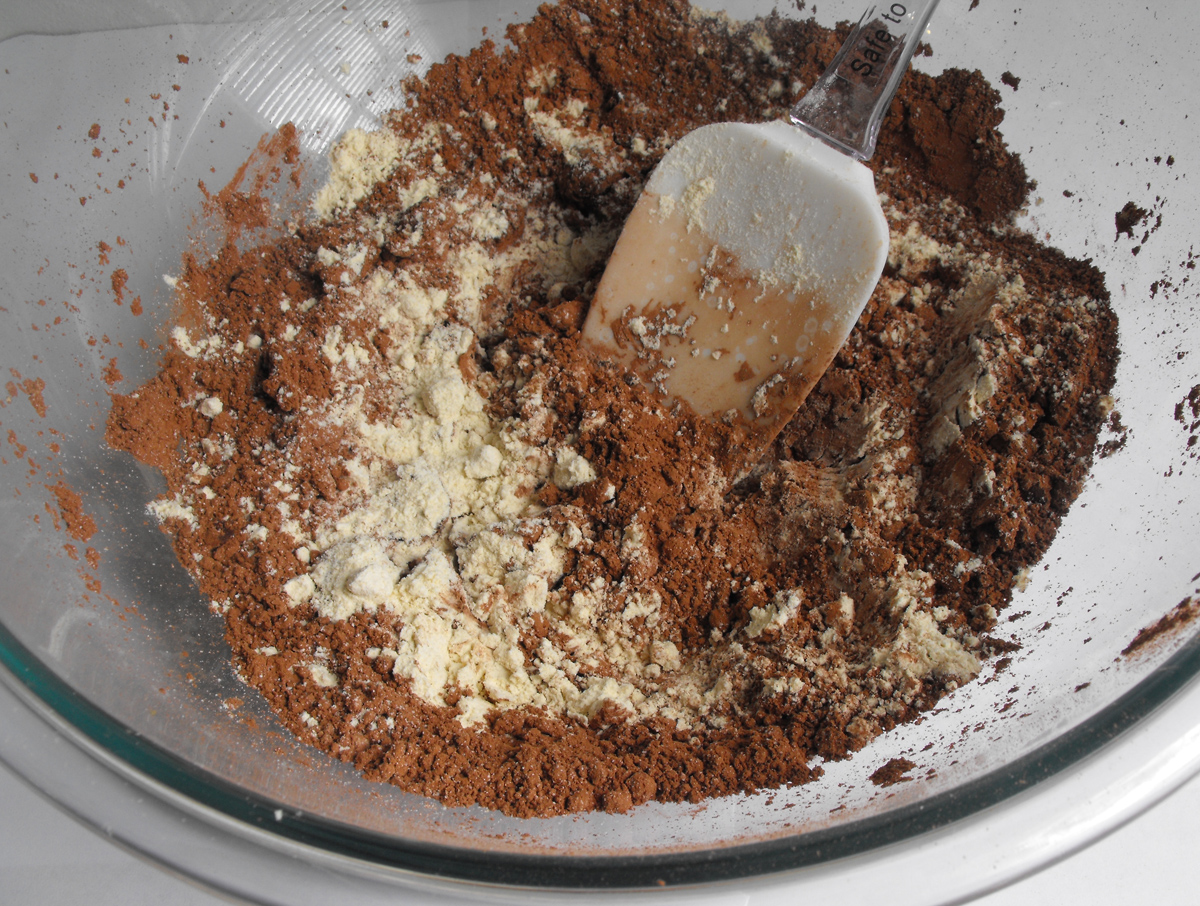 To my understanding maca powder, cinnamon and nutmeg are gluten free.

The brownie mixture with peanut butter and Almond Milk. 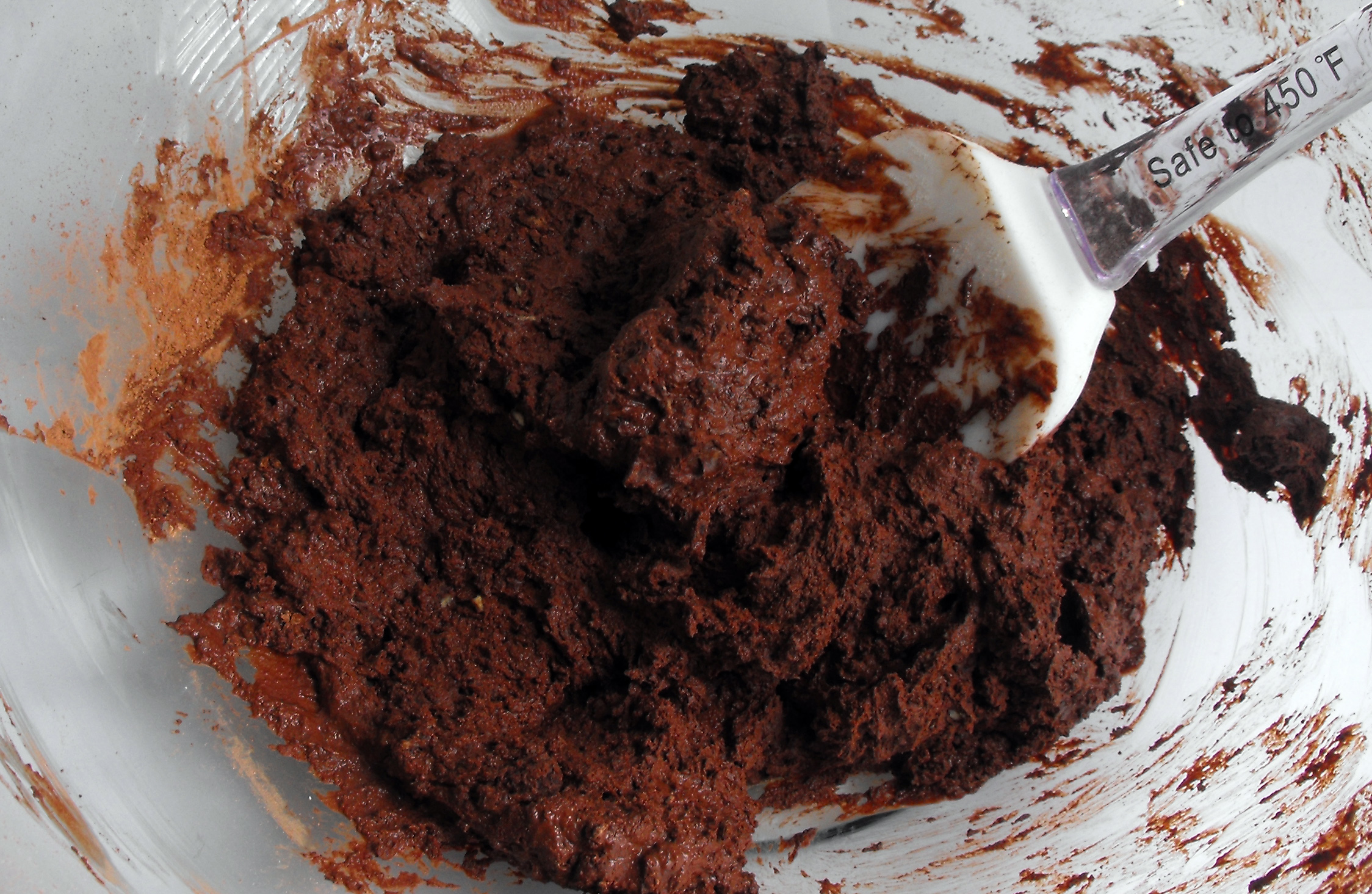 According to my research peanut butter is also gluten free. The almond milk used is labeled gluten free. Hopefully the label reflects the truth.

I suspect I might be gluten intolerant. I don’t know for sure but just in case, I intend to try to avoid gluten as much as possible. I won’t attempt to do a full on Gluten free diet because I don’t know for sure that I am gluten intolerant and that’s just something extra to worry about; but whenever possible, if it does not add unneeded complications, I will try to make gluten free food for myself and my family.

Over the coming weeks I will be doing research as I work on developing a fibroid friendly diet that will also be friendly to the men in life. One of the most difficult things for me over the years has been trying to maintain my health while having to cook for men who aren’t necessarily concerned with what they eat. If we had the money and I had the inclination I would just cook one thing for them and something else for myself; but we don’t have the money and I don’t have the inclination. So I have to come up with recipe ideas that will be fibroid friendly and yet good. I don’t think they care too much what they are eating as long as it’s good. It’s going to be quite a challenge.

Can I somehow learn to love my fibroid altered body