Is blackstrap molasses good or bad for you?

Reading up more on blackstrap molasses as I try to shrink my fibroids naturally. In Can you really get rid of fibroids drinking blackstrap molasses? (article) I mentioned that I have just purchased a bottle of blackstrap molasses which I plan to use daily in conjunction with apple cider vinegar and regular exercise ( power yoga, kick boxing, dancing, and some strategic work with weights) in an attempt to fight back against what large fibroids have done to change the shape of my body.

One of the sources of information I came across listed the following as the nutrients in blackstrap molasses:

I can remember a few months back while doing some research, coming across a few articles that suggested selenium and magnesium both help in getting rid of fibroids. I’ve also read that copper helps but this article suggests copper is actually bad for fibroids. Of course you have to be careful when it comes to things you read on the Internet. For every claim that something can help cure your illness there is going to be a counter claim. Even doctors can’t seem to agree on what’s good for you and what’s bad for you.

At this point though I am willing to try anything to shrink my fibroids as long as it’s not likely to kill me. From what I can tell it’s a matter of opinion whether or not blackstrap molasses is good or bad for you generally. Some people say it’s good for you. Some people say it’s bad for you. As I see it, if it’s not going to kill me or make me gain weight, or otherwise harm me in some serious way like damage my liver or some other organ, I’ll take my chances with it for a little while to see if it can help get my stomach down. I just need to figure out how to get it not to taste so god awful.

Here is a photo demonstrating the change that my body has gone through from the period when I started to develop a problem with fibroids to now. 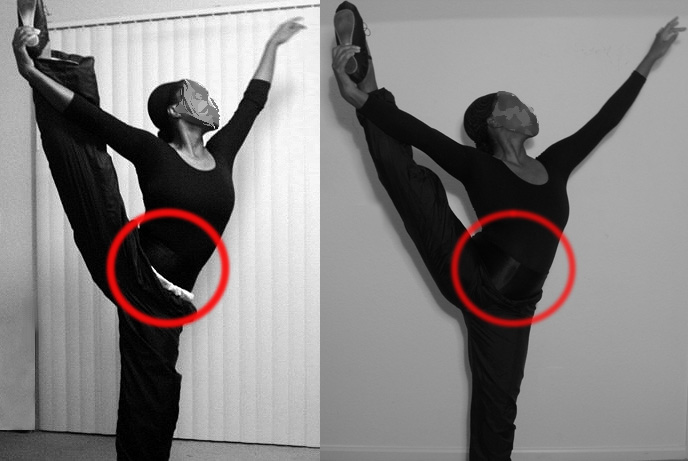 At the time photo 1 was taken I was already noticing that my stomach was not as flat as it used to be and that nothing I was doing was helping; but my stomach was still flat enough that I had no reason to think there was something growing in there. This was in 2006. About a year and 5 months later I realized there was something hard growing in my lower abdomen. I went to the doctor and discovered I had a fibroid. Within a few short months “a fibroid” became at least 3 large fibroids. Photo #2 was taken today (November 18th 2011). You can see my stomach is pushing out significantly. This is not the biggest the fibroids have made my stomach look though. I want to believe my efforts to shrink them are succeeding but I have a long way to go before I can say for certain.

Do blackstrap molassess and apple cider vinegar work for getting rid of fibroids?

Can you really get rid of fibroids drinking blackstrap molasses?

Can you really get rid of fibroids drinking blackstrap molasses?