For a minute there even I was beginning to wonder if maybe on top of having fibroids I had managed to get myself knocked up. My stomach has been out of this world enormous for a good couple of weeks now. And with the weather now warm it’s harder to live with a stomach this huge. I had to go out walking a few times this week and on both occasions there was absolutely nothing that I could do to minimize the appearance of pregnancy. I had to go out knowing everyone was going to think I was pregnant. And not just pregnant but nearer to the end of my pregnancy than the beginning of it. There was no way to hide my belly except to wear a literal tent. So I just shrugged and dealt with it. What was I going to do?

I went for a walk on Saturday and Sunday. On Saturday I wore a skirt with a roomy tank-style top and a roomy shirt over the roomy top. I looked totally and completely unattractive. None but a toothless one-eyed 90-year-old drunk looking for rum money would have given me the time of day–and only if I agreed to pay him a dollar.  On the walk Sunday I wore the second of the two Bohemian style skirts I purchased from Amazon to wear as dresses. This one was orange. It didn’t conceal my stomach but I felt comfortable enough and that’s the most important thing. I still wouldn’t have gotten any attention except from that toothless one-eyed drunk; but I didn’t look as much like a bag lady as on Saturday. Thankfully I don’t care a darn about getting attention anymore.

I didn’t take any pictures of myself while out walking but after I returned inside on Sunday I did snap a few pics in he outfit. (Note: I have photoshopped myself into the interior of the George Foreman House so yeah–that’s not my living room) 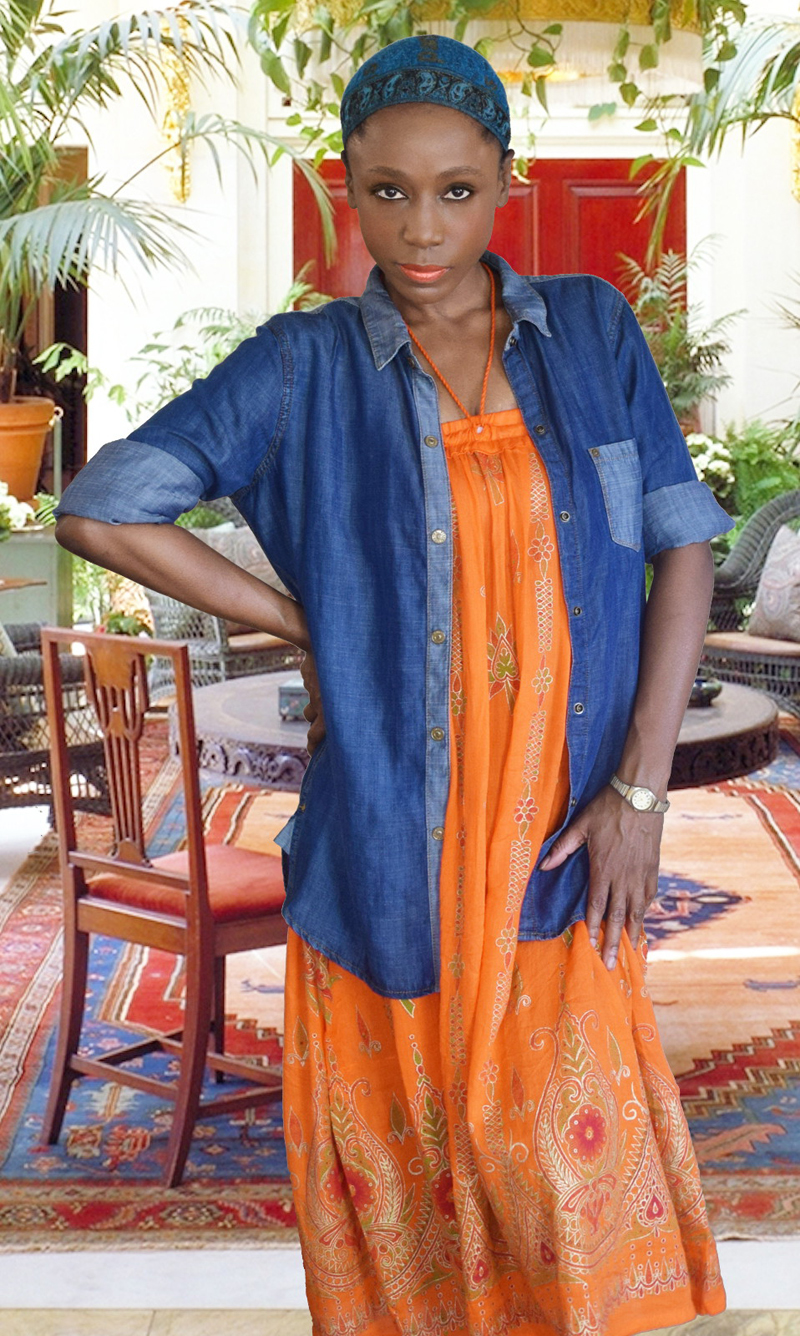 As far as things go today, my stomach is still quite large; but I expect it will begin to shrink over the next few days and remain manageable for a couple of weeks then swell up again and continue doing this nightmarish nonsense every month until menopause strikes. I’ll be honest, I want menopause to happen early. I wish there was a way to bring it on myself.

I have just had a spinach and zucchini bisque for lunch. I made it myself and it was quite tasty. I am trying to start that “no solids” for 7 days that I have been trying to start for at least two weeks now. So far so good for the day. Here is a picture of my bisque. It’s 1 zucchini, a bunch of spinach, half of an onion, a little olive oil and seasoning to taste. 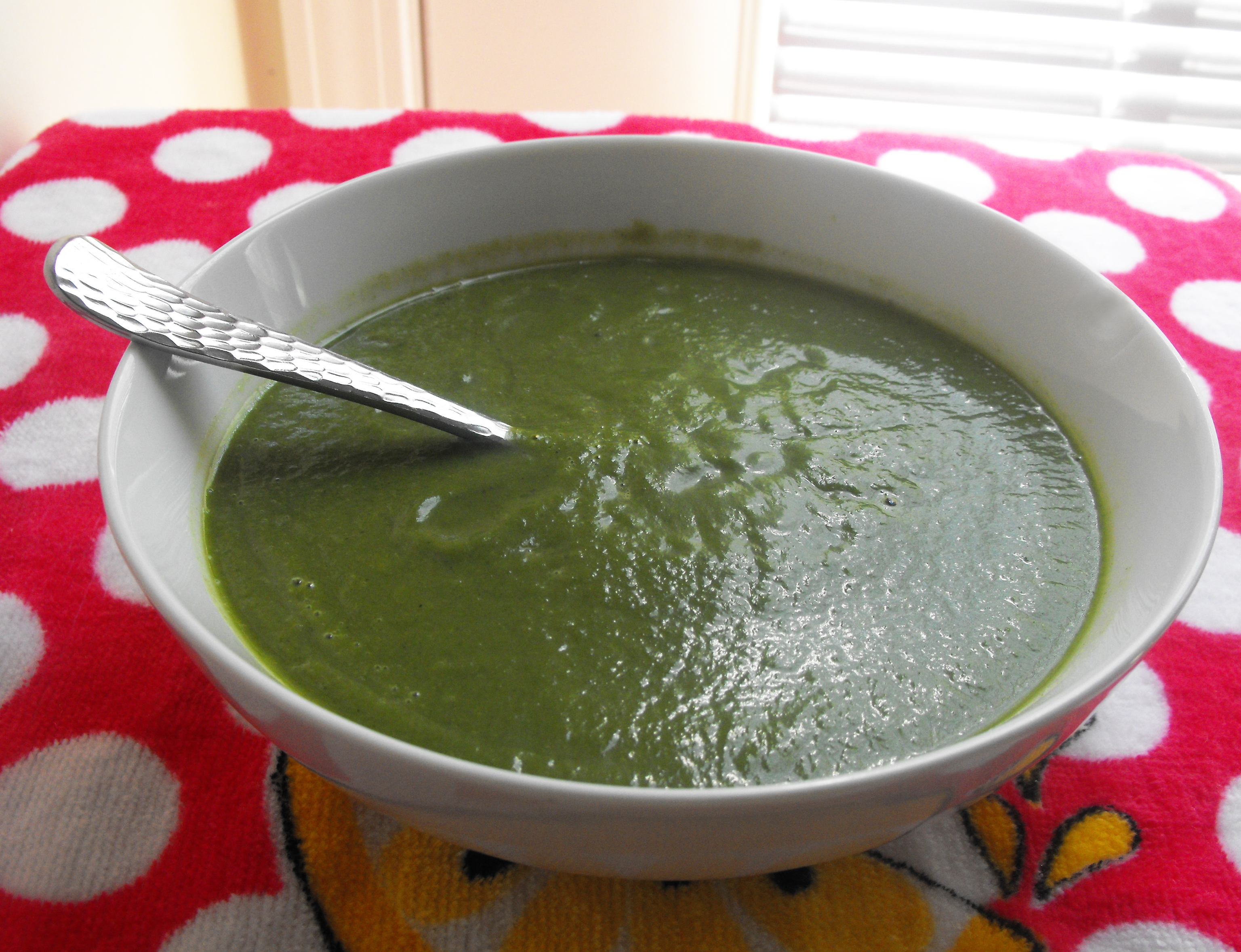 Life is not great right now, and I continue to struggle to stay motivated. There’s so much negative energy in the world and somehow I seem to attract it. I need to figure out what I can do to draw positive energy to myself instead of negative. But how do you control the energy force that comes from other people in your life that you love, but who also draw negative energy to themselves. It becomes this impossible struggle between you and all these forces in and around you. When you manage to absorb enough positive energy to get yourself back on your feet someone in your life brings their force of negative energy and knocks you back down. I know there are people who will say that the answer is to put distance between you and anyone who brings negative energy into your life; but in some cases that’s just not possible. I need to figure out a way to rid myself of all this negative energy and to help the people I love whose lives are directly impacted by mine and who directly impact my life do the same for themselves.