I did some baking the other day. From time to time my husband asks me to make him what he calls “Coconut sweet bread”. He’s from Barbados and it seems that’s something they traditionally eat around Christmas time. If I’m wrong about that forgive me. I’m just going by what my husband tells me. I think last Christmas was the first time he asked me to try to find a recipe on the internet and make it for him. Since then he keeps asking me to make it. I never did find a recipe that was simple enough for me to try so I did what I do best. I threw stuff together and conducted an experiment. I guess since even my son now asks me to make it from time to time the original experiment must have turned out okay.

So I attempted a gluten free, fibroid friendly coconut sweet bread the other day. Might have been on Saturday or Sunday, can’t remember. I was at least able to try a piece. It was edible enough. I wouldn’t say it was anything remarkable. They ate it all and that’s always good; but no one actually said it was good so I know it wasn’t great because if it had been my husband would have said as much. So I don’t think I’m at the point yet for recipe sharing; but I did take some pictures with the intention of writing about my baking session. 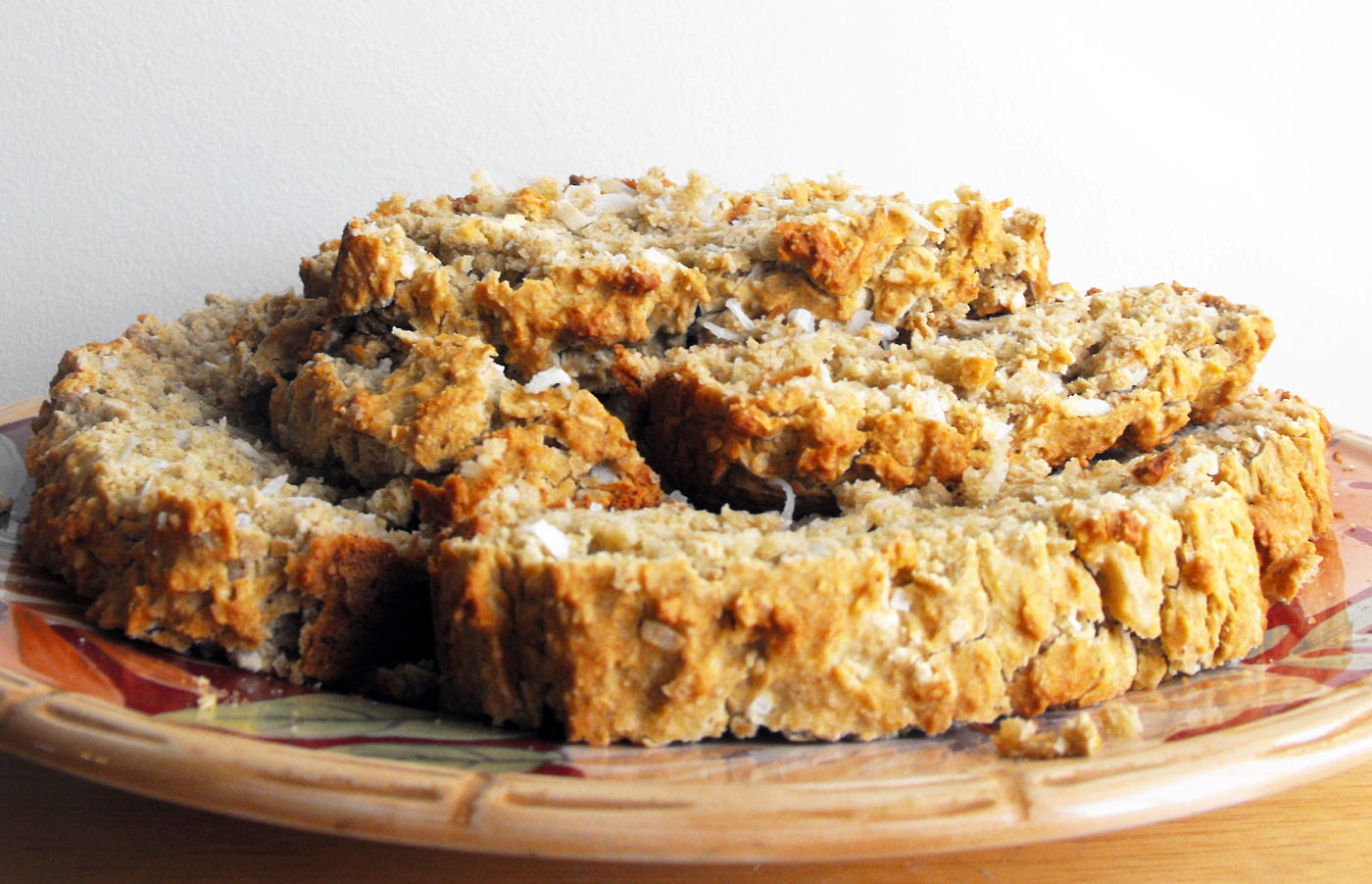 I call this a fibroid friendly coconut sweet bread; but that’s just based on my belief that the things I used are fibroid friendly. Since I haven’t consulted a nutritionist who is knowledgeable about fibroids and what’s good or bad to eat when you have fibroids, my “fibroid friendly” claim is not a matter of fact. It’s a matter of believing that the ingredients I used will not contribute to fibroid growth; but the belief is not based on any extensive research.

I used a gluten free flour to make my coconut sweet bread. The flour contains 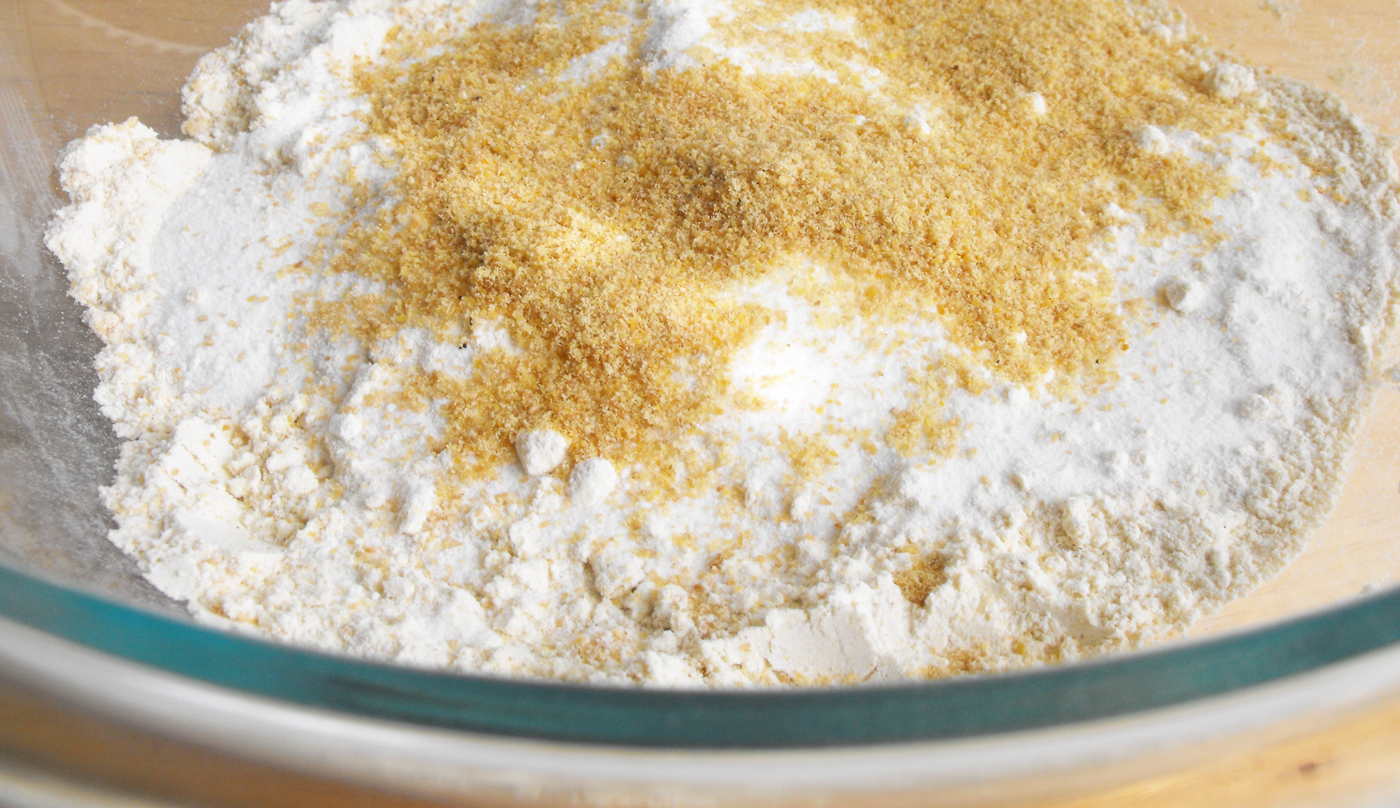 I mixed this flour with some milled golden flaxseed, splenda sweetener, some baking powder and baking soda.

After that I mixed together a banana, some almond milk, cinnamon and coconut flakes in a blender. 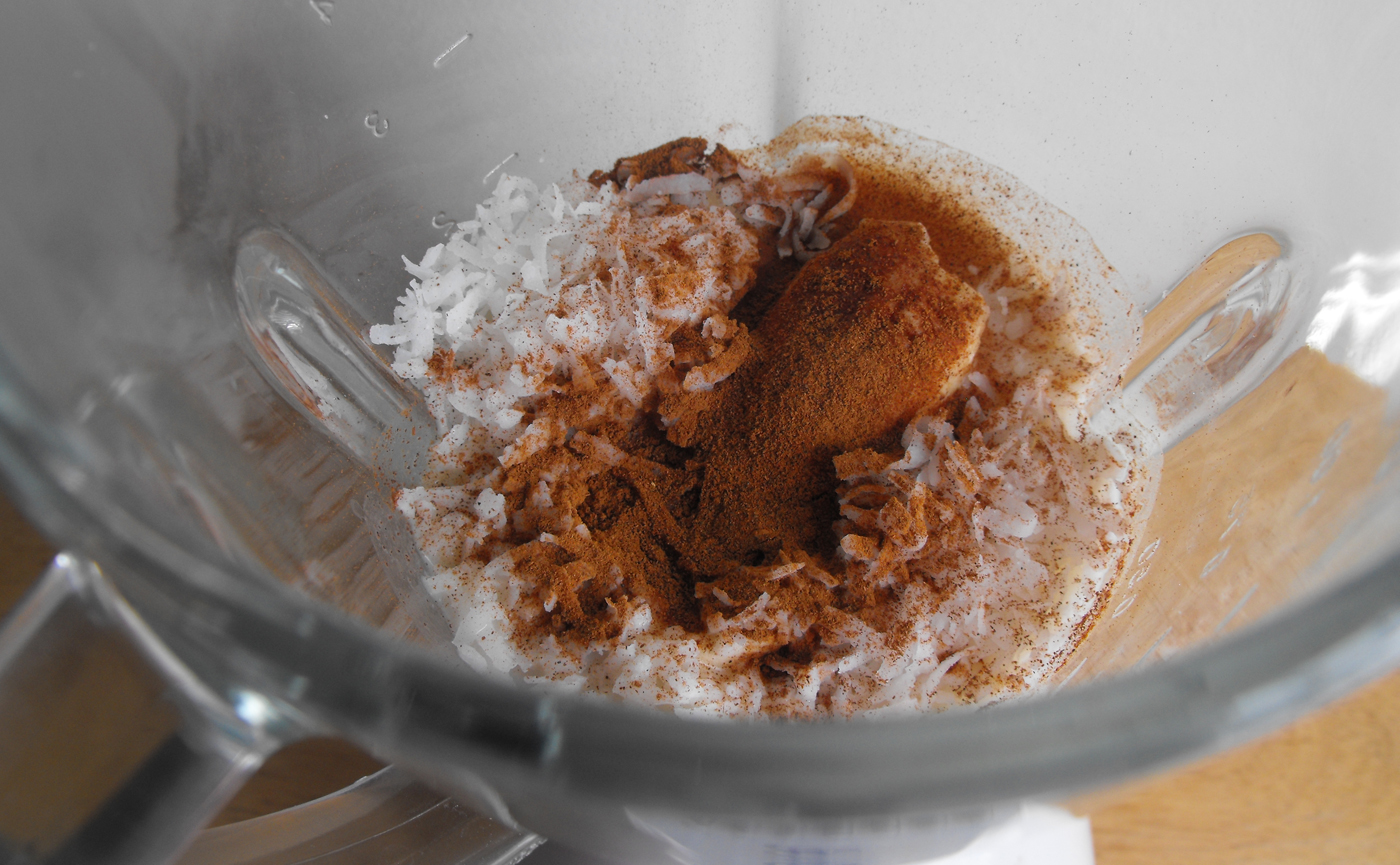 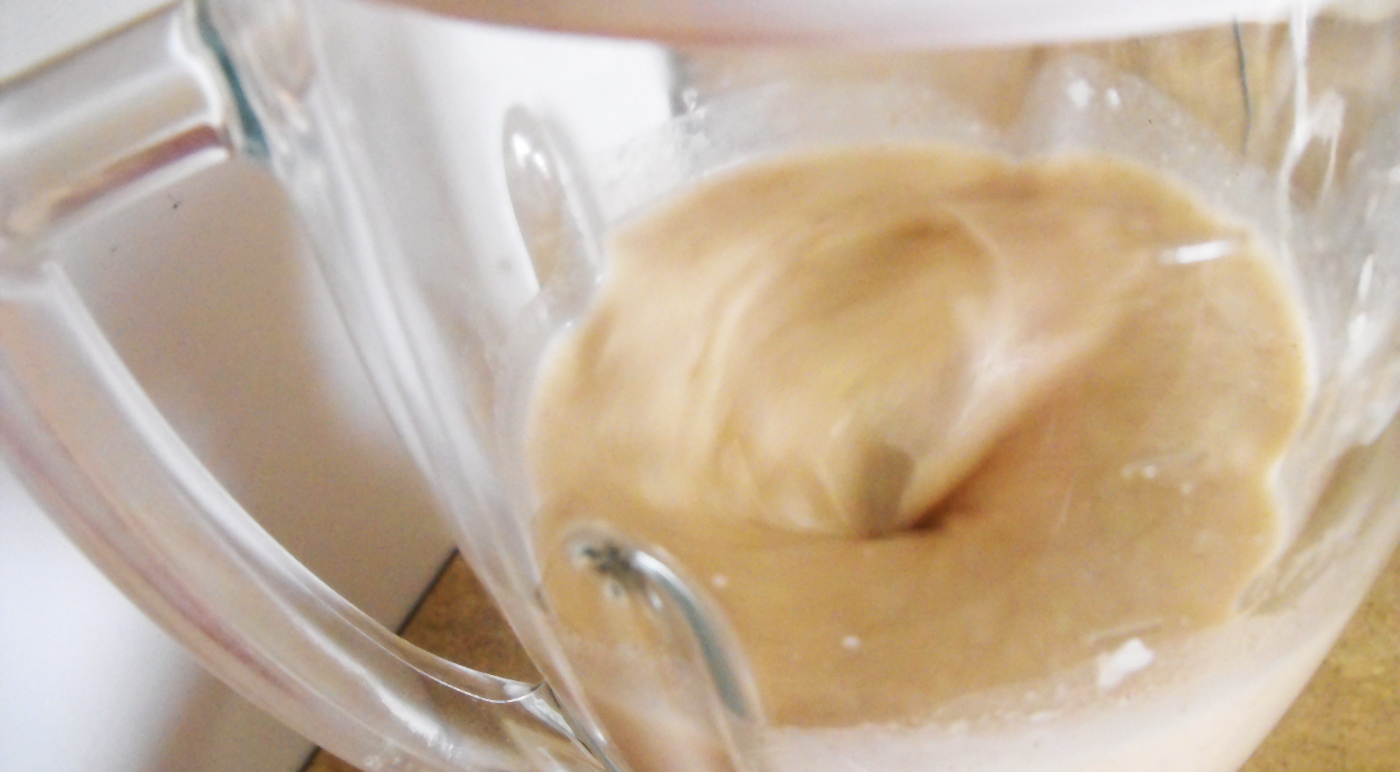 Then I poured this mixture in with the dry ingredients, added some egg substitute, and about a half to three-fourths cup of coconut flakes. 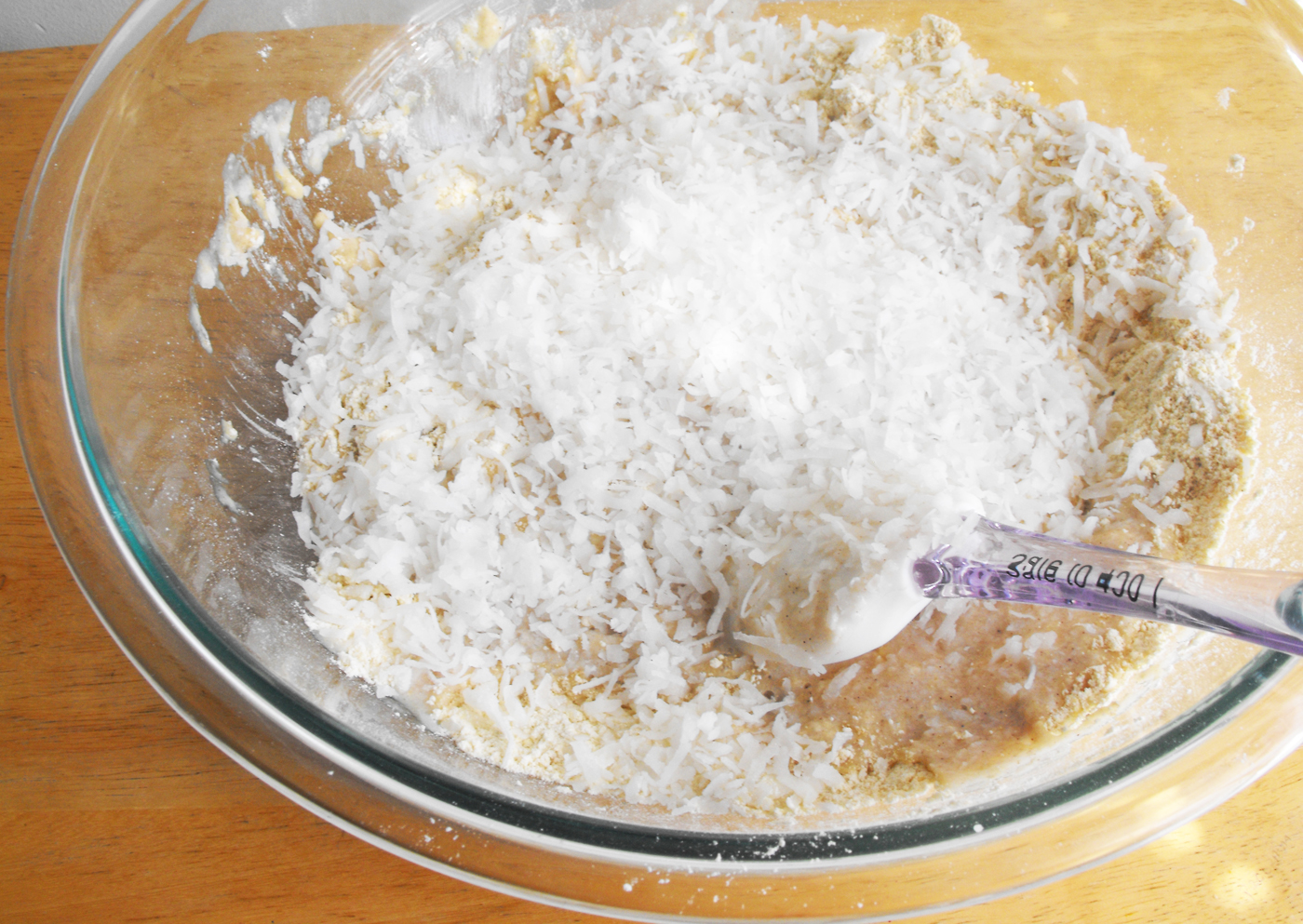 Mixed that up into a pasty batter, put the batter into a non-stick baking pan and stuck the pan into the oven at 350 degrees. 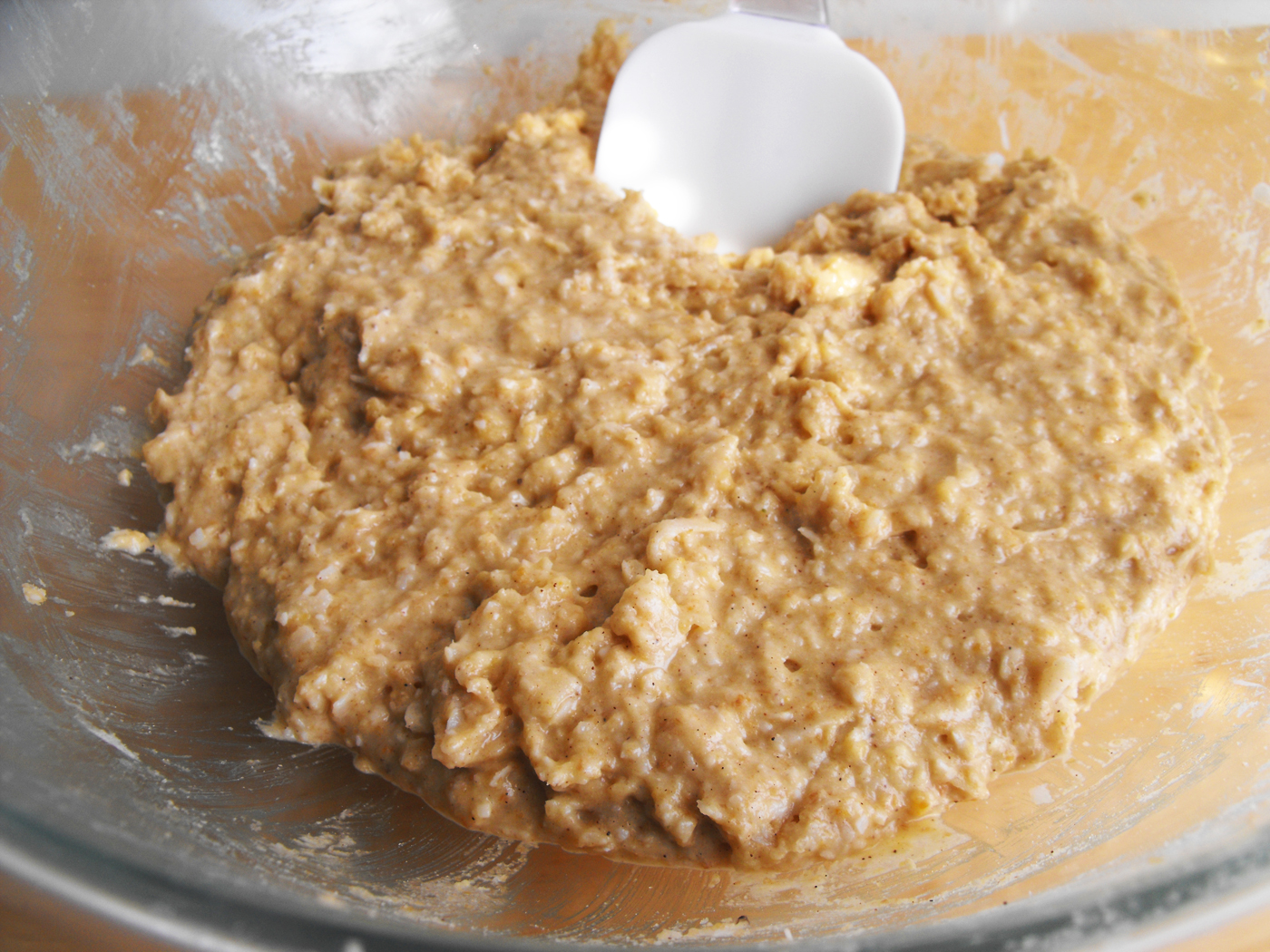 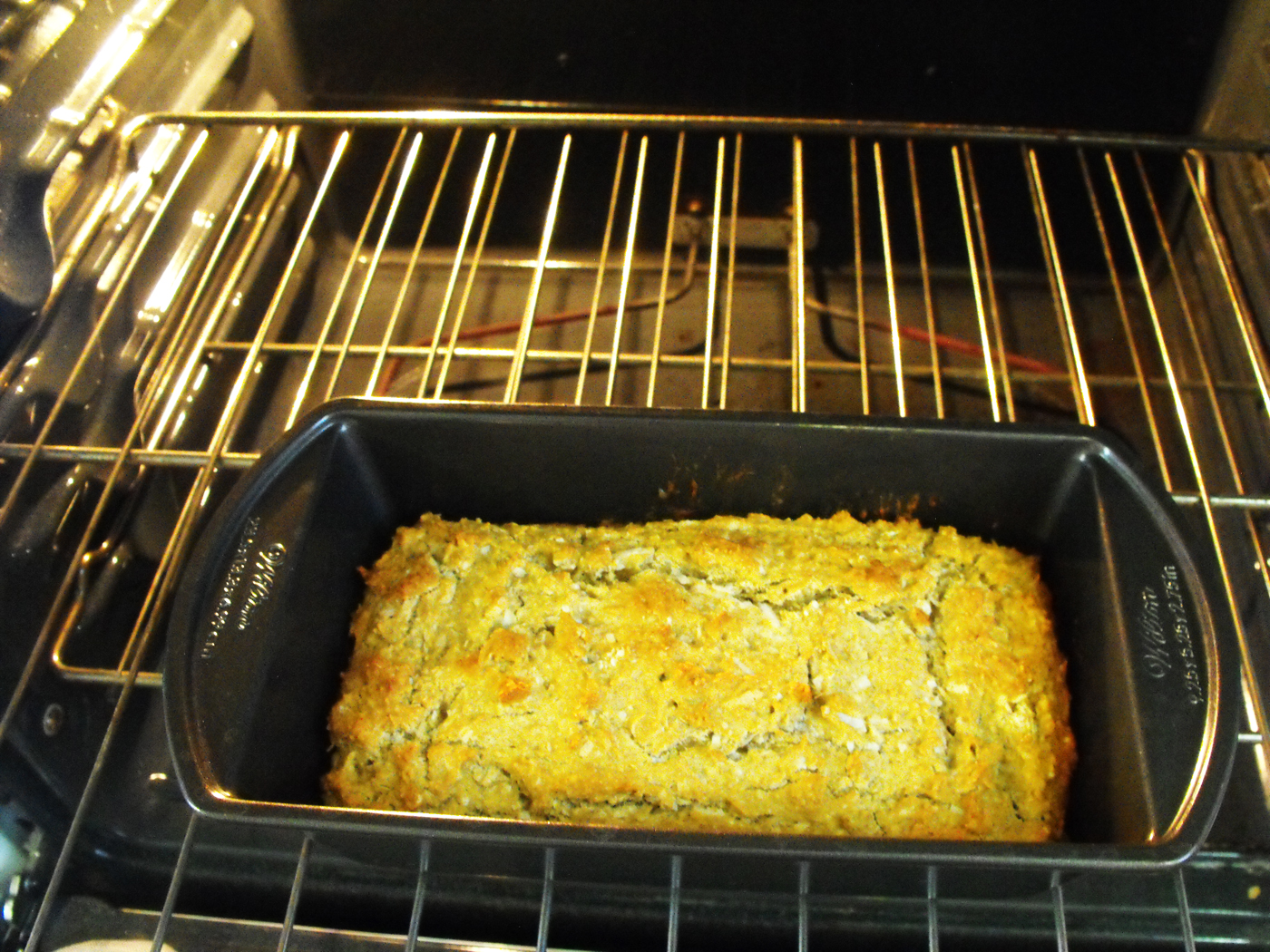 It came out a bit flat; and I still can’t get it to come out smooth on top. It’s always cracked; but I had fun taking the pictures. I enjoyed the whole creation process. It was relaxing and it felt good to be doing something that I knew my son and husband were going to appreciate (provided it didn’t come out horribly). It was a nice little break from spending all day sitting at the computer working on this thing or that thing. I need more of these breaks throughout each of my days. I need to build a life. I was going to say rebuild but then I realized I never really had a life so it wouldn’t be a rebuilding. I have to confess though, I feel like what I’m trying to do can’t be done. I feel like this is it. This is my life. Where I am is where I will always be. I’m scared about both possibilities — failing and succeeding — whatever succeeding means. Because at the end of the day, you can’t avoid the more painful realities of life no matter where you go.

Can fibroids kill you?

Can fibroids kill you?