I actually managed to get a blender today. I successfully sold those digital products I mentioned that I would try selling to raise funds in If I could afford this Breville 800JEXL Juice Fountain Elite 1000-Watt Juice Extractor. My blender was $24.99. It was a white Oster 14 Speed Blender

. I get the feeling it’s not the greatest blender in the world and something more expensive might have done a better job.

Clearly I need some smoothie recipes. I just threw some vegetables and fruits together and pressed the liquify button to produce something my son called “horrendous” when he tried it. It really was horrendous. I am still trying to finish my second cup. I wanted to drink the entire thing because I haven’t had anything to drink today. I didn’t want to drink the Naked protein zone smoothie like I said in my previous post because of all the sugar.

The things I put in my smoothie:

If these things just don’t ordinarily go well together please feel free to enlighten me; but yeah, I have just made myself the world’s worst tasting green smoothie. 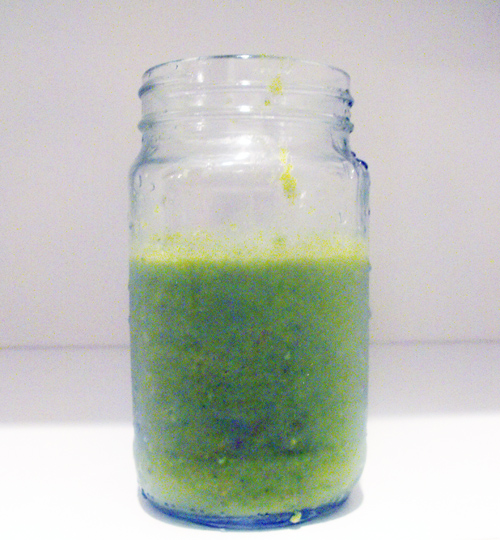 I do feel a lot energized since I drank my two cups of it though. Don’t know if it’s my imagination but I feel an impulse to do some cartwheels.